In the logistics sector, more and more automation is taking place to increase productivity and reduce costs. More and more autonomous Vehicles (AGVs) are being used to automate (logistics) business processes where large distances are travelled. The first generation  AGVs was bound by a physical infrastructure, such as magnets, radio beacons and/or lasers. The new generation AGVs uses advanced sensors and software to determine the relative movement compared to the floor and absolute location of the AGV.

However, this technology is still in its infancy and is custom-made. Business processes, building and flooring are designed around the AGVs, for which much (technical) operational support of the AGV supplier is required.Â  This results in very high costs, making AGV solutions profitable on a large scale only. However, there is a sharp increase in demand for small-scale AGV solutions from the market for service robots that can carry out logistical work.

Nobleo Technology and Accerion developed the Plug & Play AGV in this project: a physical box with hardware and software, which turns an electrically powered vehicle (EV) into an AGV, where the (end) user can quickly and independently configure the AGV in different environments and for different applications. The project partners developed a Plug & Play AGV Box with hardware and software based on previously developed prototypes and Proof of Concepts:

Nobleo Technology (Eindhoven) and Accerion (Venlo) will be able to provide the rapidly growing demand for (profitable) service robots with the development of the Plug & Play AGV. Nobleo has a high demand for the self-developed AGV platform with sensor fusion: an AGV platform that processes data from different sensors into a generic control for the AGV. However, small-scale applications are not profitable, due to excessive (manual) installation and configuration costs. Accerion encounters the same problem with its own developed first-generation sensor box, which is also too large and heavy for usually light service robots.

With this cooperation project, these two relatively young companies from the TOPcluster HTSM can grow rapidly. They will unlock the new market of service robots, which can automate logistics work in different sectors.

This project will receive co-financing from the European Regional Development Fund within the framework of OPZuid. 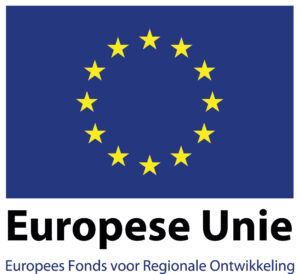 Next
back to overview

Nobleo developed a dispensing solution for the manufacturing of on-demand cosmetic products.

Cleaning streets is essential for well-being in cities. Similarly, cleaning industrial floors is important for productivity in industrial buildings.

RUVU powered by Nobleo Technology: your partner in mobile robotics

System solution for multiple applications in health, agri and food

Digital twin of a building

System solution based on navigation, map building and deep learning based image processing

System solution for multiple applications in health, agri and food

Getting grip on your development process

Getting grip on your development process: Our Way Of Working

Autonomous agriculture, the future of farming

Next steps in adding value for the healthcare industry!